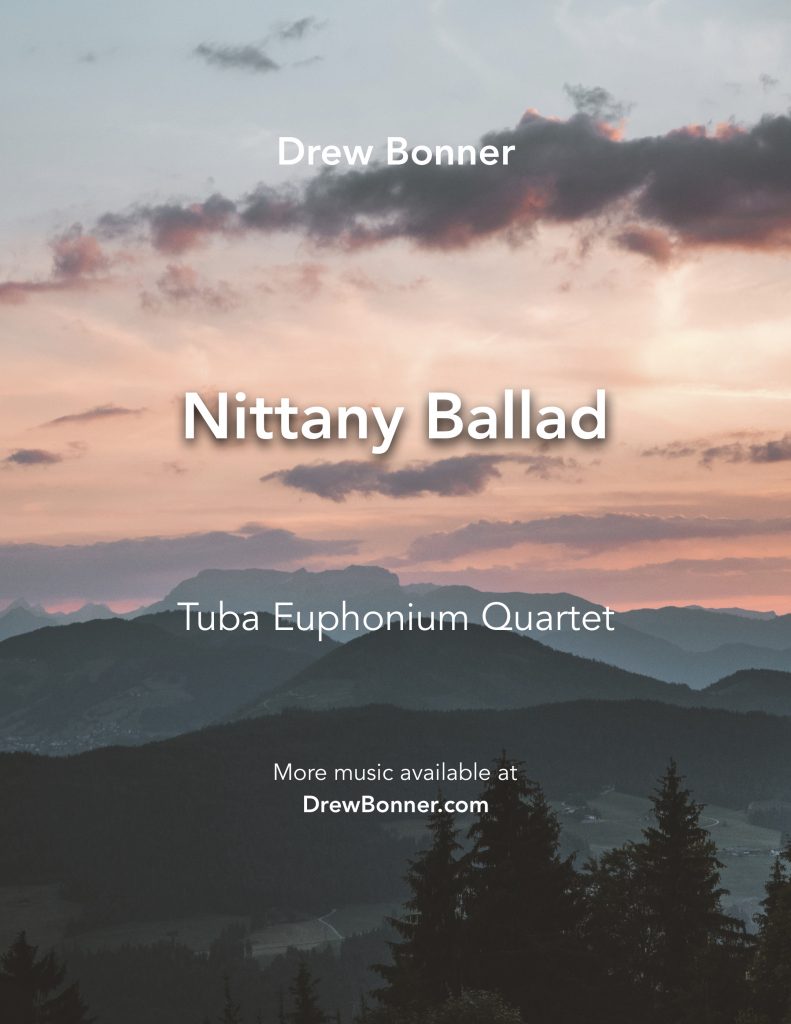 Nittany Ballad depicts the serene Nittany Valley from atop one of the mountains. The piece is reflective and introspective. The first theme presented in the 2nd tuba is melancholy. The theme is passed around the ensemble leading to a cadenza in the 1st euphonium. The cadenza gives way to the noble second motif, a descending half-step followed by a descending fifth. The motif crescendos to the energetic climax at the middle of the piece. The first theme reappears but presented in a more heartened setting. The piece slowly comes to a close using the 2nd motif as closing material.

Nittany Ballad was written for the Penn State Tuba Euphonium Ensemble for their performance at the 2014 International Tuba Euphonium Conference held at Indiana University in Bloomington, IN.