Commissioned by the A2ba Quartet, THE EARTH SPINS ON will be a short opener/closer for tuba-euphonium quartet (or tuba-euphonium ensemble) directly related to post-COVID 19 Pandemic life and how we, as a society, are forced to move forward despite setbacks and difficult times we all have faced. Every copy of the work will feature a dedicated section in the program notes that includes updated mental health awareness resources, online platforms, and contact information to wellness professionals and guest speakers around the world for the general public and musicians of all ages. It will be encouraged for performers and educators to include these topics and share mental health resources with audience members every time the work is performed at recitals, conferences, and when introducing this piece to their students for educational study. The hope is that with each performance and interaction with the work at least one person in the audience will walk away with the urge of taking a step towards a healthier version of themselves and to serve as a catalyst to one’s positive mindfulness and happiness.

This project is also supported by The University of Michigan School of Music, Theatre, and Dance Eileen Weiser EXCEL Fund. 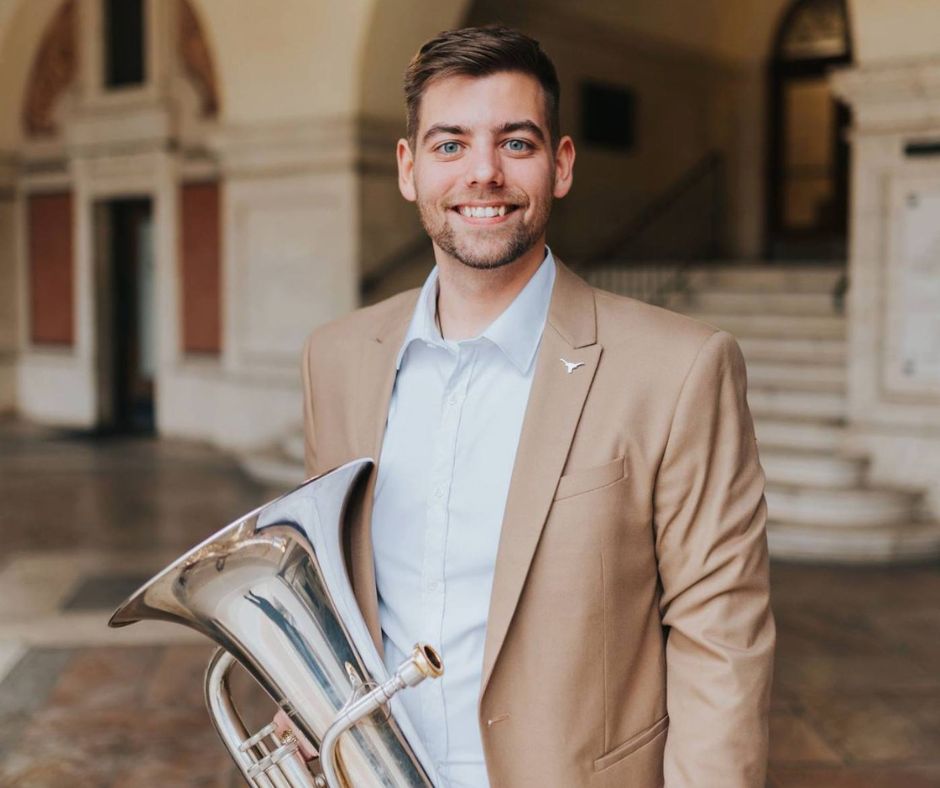 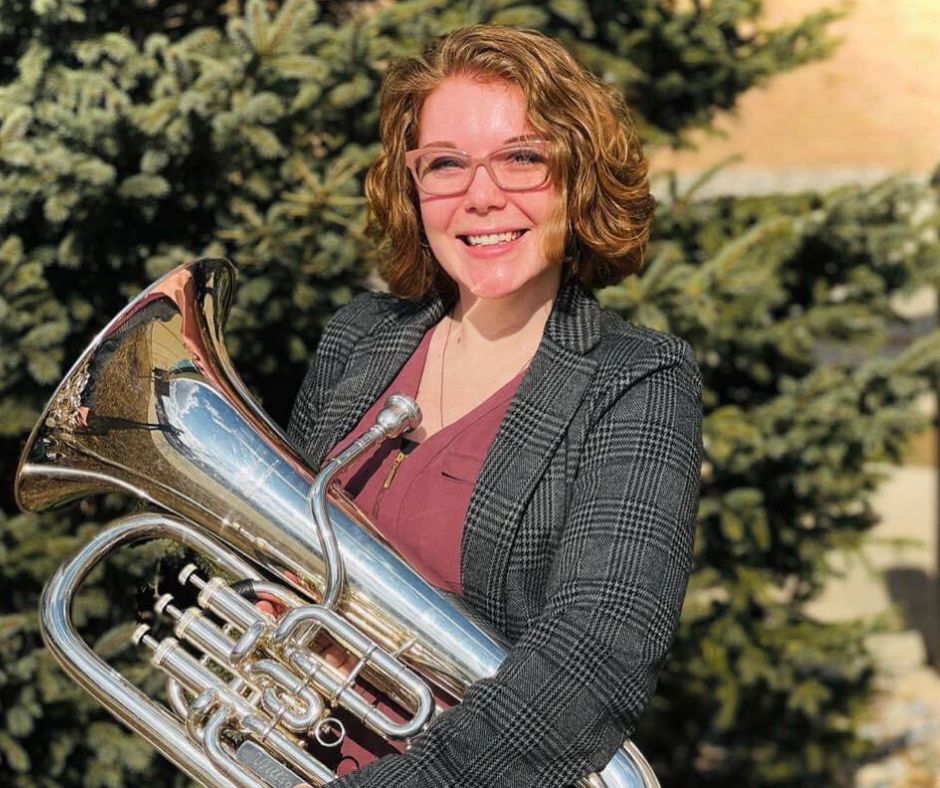 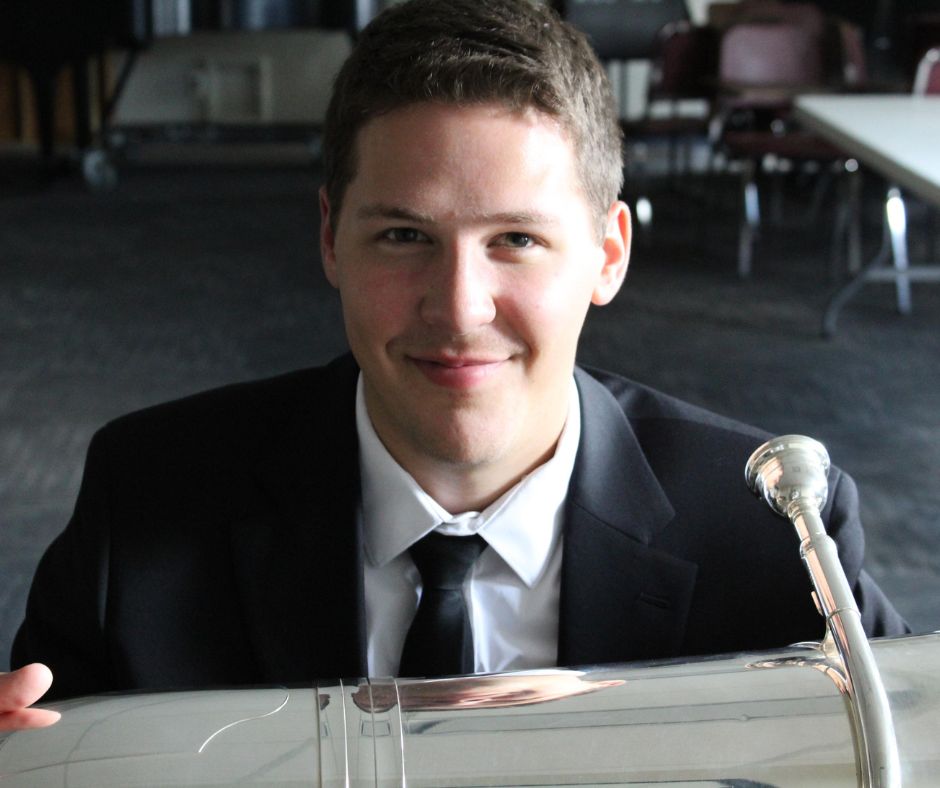 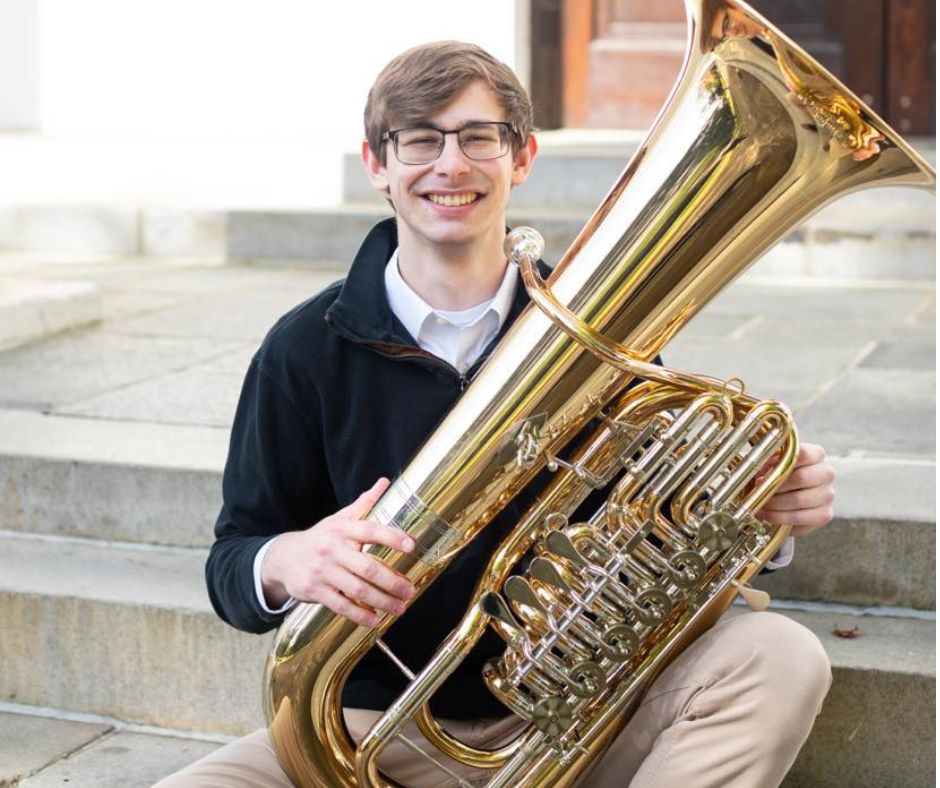 Kevin Fenske is a music educator, performer, and entrepreneur based in Ann Arbor, Michigan.  He is currently the Adjunct Professor of Brass at Adrian College and is pursuing a Doctor of Musical Arts (DMA) degree at the University of Michigan where he serves as a graduate student instructor.

Lindsay Ring is a euphonium player currently pursuing two Master of Music degrees in euphonium performance and chamber music at the University of Michigan. Originally from central Illinois, she graduated from Illinois Wesleyan University with a Bachelor of Music degree in music education. She studies with David Zerkel at U of M, and her past professor at IWU was Ed Risinger. Lindsay has had multiple years of private teaching experience ranging from beginner to advanced high school ages and tailors individual lesson plans for her students to best serve their growth. She has competed and placed in many solo and chamber competitions including being a finalist for the Leonard Falcone International Euphonium-Tuba Festival, placing second in the Susan Slaughter solo competition hosted at the International Women in Brass Conference, competing in both excerpt and quartet competitions at the Midwest Regional Tuba-Euphonium Conference, and placing first in the young adult winds category at the first Music International Grand Prix Competition.

Nathan Shook is currently pursuing a Specialist degree in Tuba Performance at the University of Michigan, where he studies with David Zerkel. Nathan has previously studied with Ken Heinlein, Craig Knox, John DiCesare, and Yasuhito Sugiyama. Nathan has performed in master classes for a number of performers and teachers, including Warren Deck, Gene Pokorny, Charles Villarubia, Daniel Perantoni, and James Jenkins.

Outside of music, Will likes to hike and travel. He enjoys spending time with nature in state and national parks. He also enjoys reading and board games- and plays a mean Scrabble! 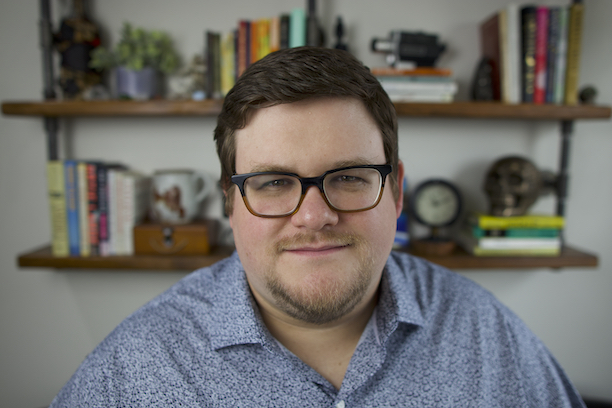 Drew Bonner (b.1991) is a musician, composer, performer, and teacher. He is currently a DMA student at the University of Iowa where he is a recipient of the Iowa Performance Fellowship. He is a founding member of FivE, a euphnoium quartet that performs theatrical shows and incorporates staging, choreography, singing, acting, and comedy into each performance.

Drew is also a very active composer and arranger. Each year he writes dozens of arrangements for high school and college marching band s across the country. His compositions have also been played around the world. His most recent piece, A Moment of Truth, was premiered in July 2021 by Kevin Fenske at the Texas Low Brass Academy.